No. 1 mine at Frontier is the oldest of the Kemmerer Coal Company's mines formerly worked two seams.  The mine is worked on the room and pillar system, all coal being shot off the solid by permissible powder with experienced shot firers.  The electric cap lamp is in use in this mine also.  No matches or smoking material are allowed in the mine.  The No. 1 mine produces about 1,000 tons of coal daily.

Kemmerer Coal Company
A Brief History
It can be argued that if Mahlon Kemmerer had not formed the Kemmerer Coal Company in 1897, sooner or later some other adventuresome entrepreneur would have developed this region's rich coal reserved.  For any other name to be associated with this part of southwestern Wyoming today seems a misnomer; yet, were it not for the founder's love of Wyoming hunting and a chance meeting on a west-bound train, the area might well have a different name.

During one hunting recess from his coal mining operations in Pennsylvania and Virginia, Mahlon Kemmerer met P.J. Quealy and the two formed the mining company which Quealy was to guide until his death.  The original attraction to the region was not only the quantity of coal reserved, but also its quality.  It was excellent coal. That first mine, the Fronter No. 1 at Willow Creek, was one of ten underground mines the company operated between 1897 and 1964.  At the beginning of World War I, six underground mines were operated simultaneously.

The Kemmerer Coal Company was founded in 1897 by M. S. Kemmerer and P. J. Quealy.  The two also founded the Uinta Improvement Company, The Frontier Supply Company and the town of Kemmerer, Wyoming.

In 1897 the Oregon Short Line Railroad agreed to build railroad tracks to the Kemmerer and Quealy Coal properties.  The rail was completed on 5 October 1897.  During the first month 4,00 tons of coal were shipped out.  From 30 April 1900 to 30 April 1901 total production was 513,329 tons.  This was the largest yearly production for a single organization in either Utah or Wyoming.

Working on a Memorial Day project for the coal miners of the Frontier Mine No. 1 disaster. If you are at the Kemmerer Cemetery this weekend, look for the yellow flowers

I have been working closely with the Southern Lincoln County Cemetery District in locating all of the graves at the cemetery. I will update the blog with that information soon.
I also have a terrific friend who has been helping me translate the Japanese miner's headstones. I will update the blog soon with that information.
In November 2019 I attended presentation at the Lincoln County Library in Kemmerer and I was able to meet several individuals who will help me in furthering my research. Unfortunately, Covid-19 has delayed those plans. 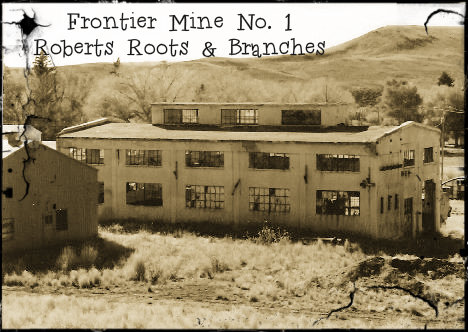 if you find any erroneous information or have something to add please contact me.

Frontier No. 1 Mine portal 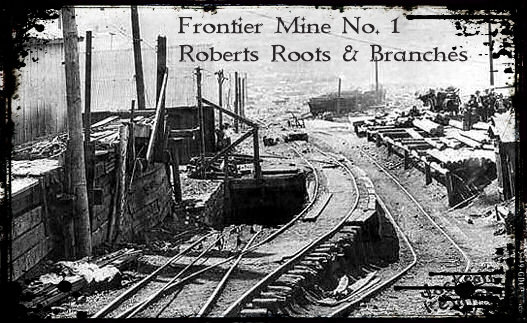 Frontier No. 1 Mine portal (http://miningartifacts.homestead.com/Wyoming-Mines.html)